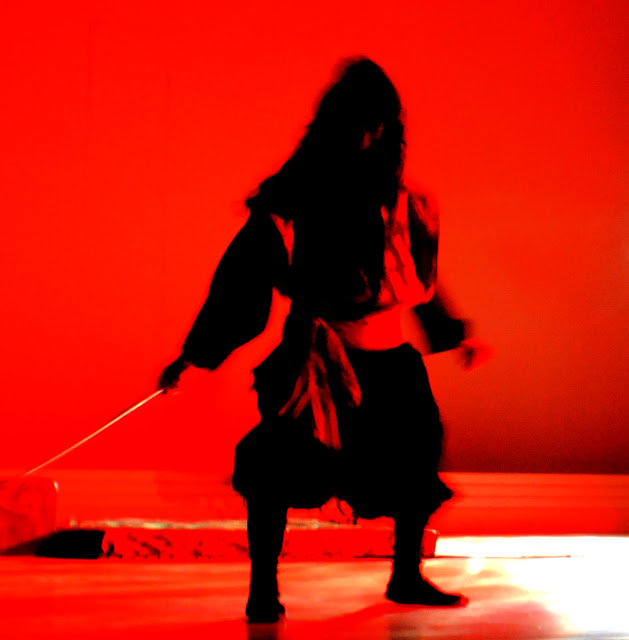 
Yamagata Masakage was one of the 24 generals of the Takeda clan. Famous for his red armour and skill in battlefield . He was also a retainer of Shingen leading the famous "red fire unit" (derived from Shingen's slogan FURINKAZAN). After his brother committed suicide as a cover for Takeda Yoshinobu's failed rebellion, Masakage took the red fire unit title and outfitted his cavalry in bright red armor. It was said that his cavalry would always charge first in battle; sowing confusion and panic in the enemy ranks.

His last campaign was in the ill fated Battle Of Nagashino in 1575 where he was shot down on horse while charging together with his famous red fire unit. All of them died together with him.

According to legend, Shingen called out to Yamagata from his deathbed in 1573 and ordered him to plant his banners at the Seta Bridge, the traditional eastern gateway to Kyôto.