They are back to Langkawi - The Russian Knights.
Originally formed on April 5, 1991 at the Kubinka Air Base as a team of six Sukhoi Su-27s, the team was the first to perform outside the Soviet Union in September 1991 when they toured the United Kingdom. On December 12, 1995, disaster struck as three team jets flew in-formation into a mountainside near Cam Ranh, Vietnam during approach while en route to home from a Langkawi LIMA 1995 airshow during adverse weather conditions. The team now performs with four Su-27Ps and two Su-27UBs. 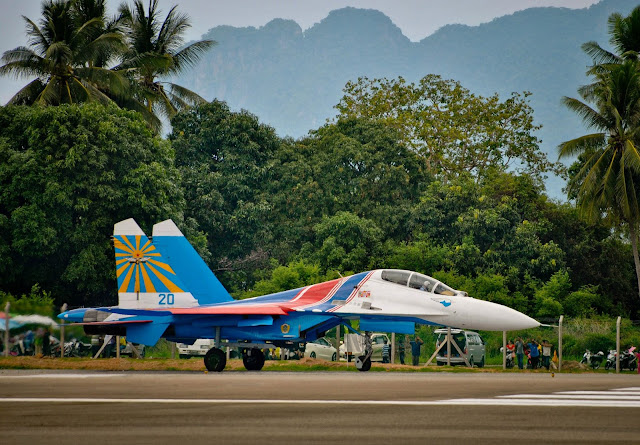 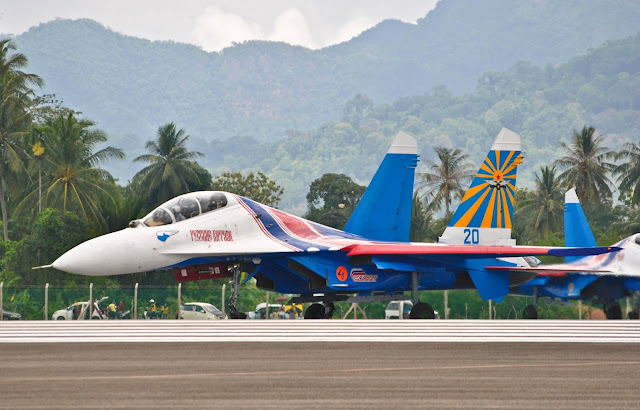 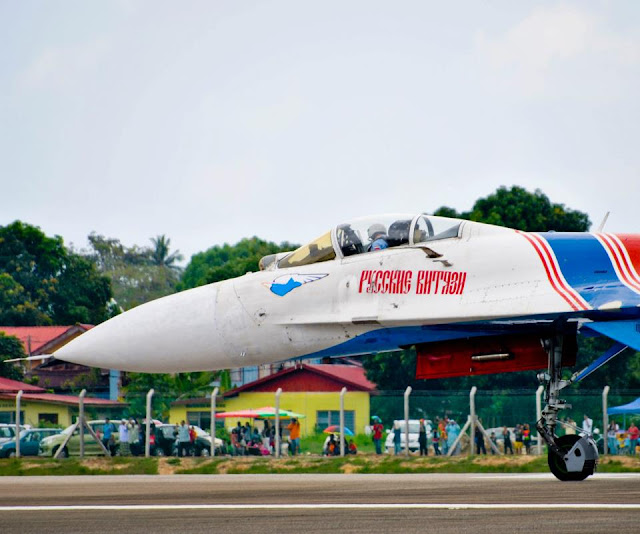 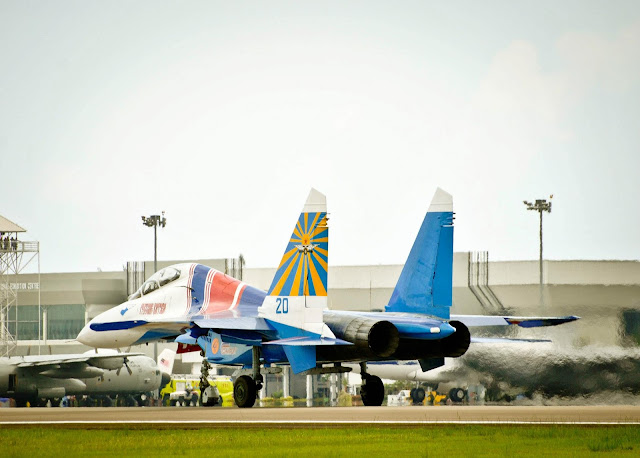 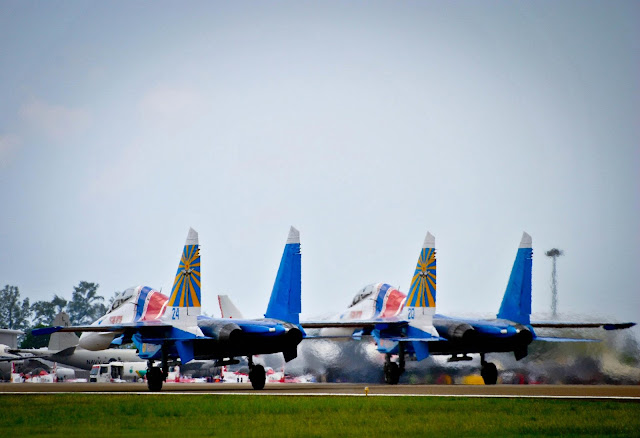 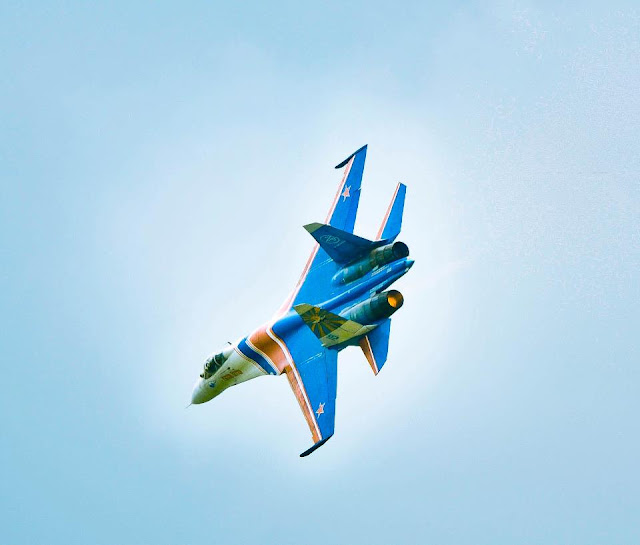 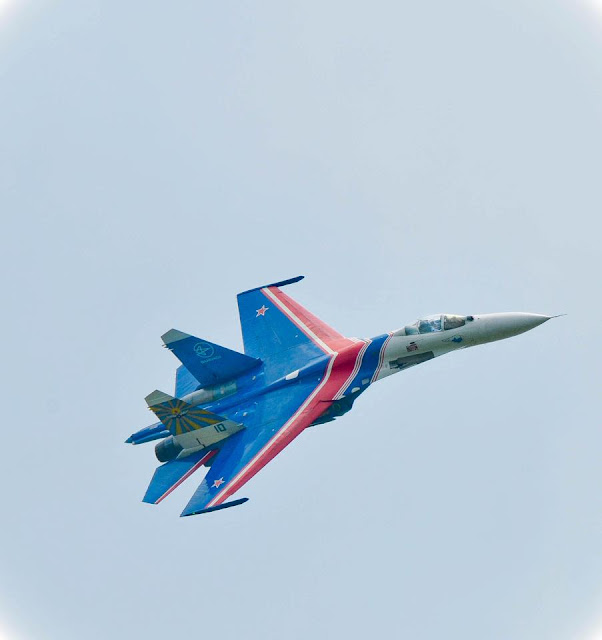 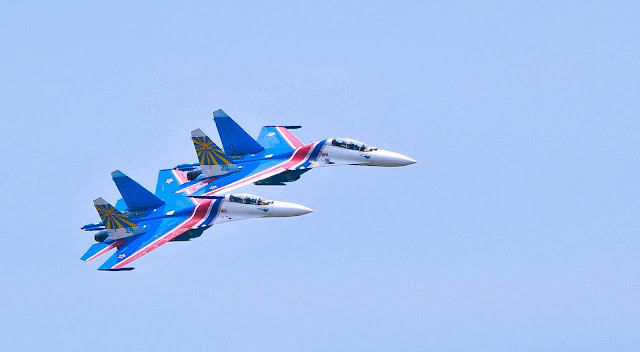 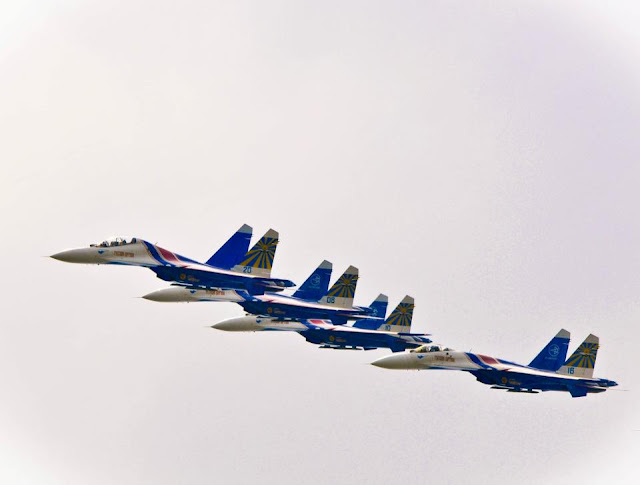 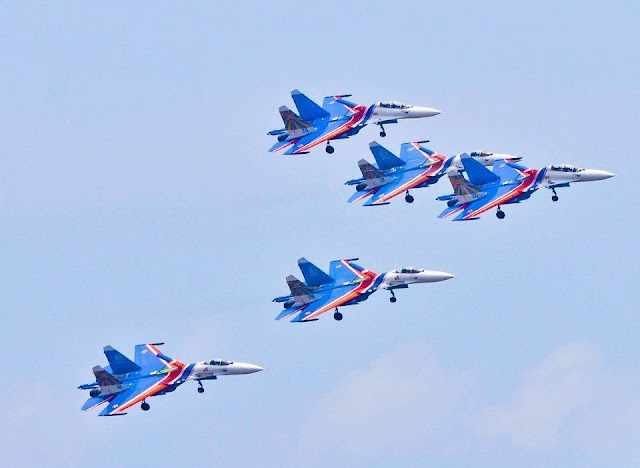 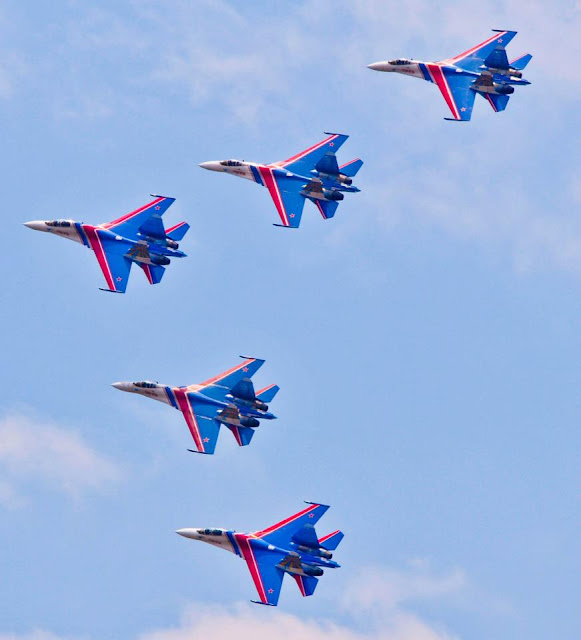 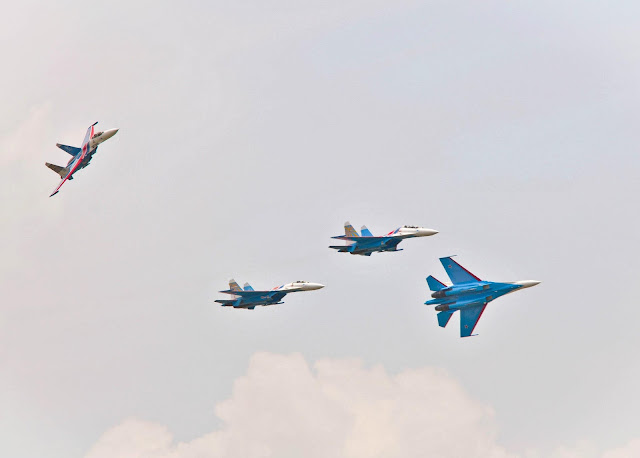 Interested parties are welcomed to reproduce or quote materials published in this blog with the condition  that they are credited to http://hasnulyakin.blogspot.com/ to avoid
misunderstanding. Thank you.