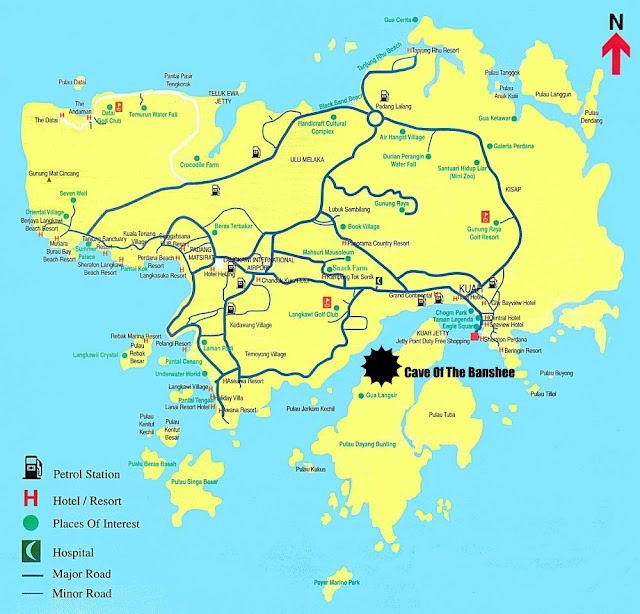 Gua Langsuir - One can easily reach here by hiring speedboats from Kuah Jetty.

According to folklores,a long time ago the cave was inhabited by three hideous female demons or Langsuir (from malay folklores, Langsuir is one of the most feared and deadliest of all banshees). It was believed that woman who died giving birth to their child, who also dies, will become a " Langsuir" after 40 days. She is described as being hideous with red piercing eyes, sharp and long claws, very long hair, a decayed face, and huge fangs. She is able to fly and is most often seen wearing a green or white robe.They also had the ability to assume the form of the most beautiful women, and would sing and behave in a provocative way whenever sailors of fishermen passed before them. The men would be so enchanted by them that they lost control and jumped into the roaring sea in order to swim to them. Most of the men drowned and those who succeeded in going up to the cliff to be with the sirens would be tortured to a slow and painful death, later to be devoured. So the people wisely stayed away and the sirens were not getting any more victims and grew bored. 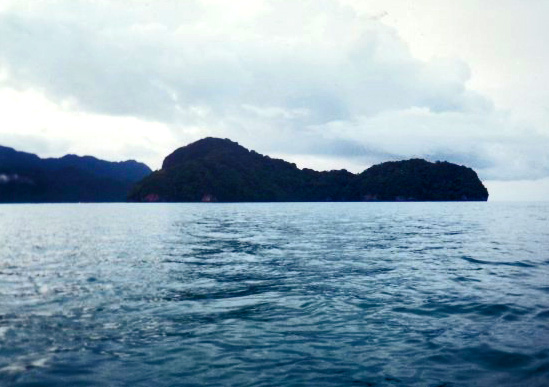 One day, a lone fisherman who was both deaf and short-sighted rowed out in his boat towards the sea. He passed the cave of the sirens without noticing them. He was fishing and managed to catch a lot of fish in this area, which was understandable since all other fishermen avoided the place. The sirens were overjoyed for at last they would have another victim. They went out of their cave, positioned themselves on the cliff in front, and started to sing. The fisherman, unable to see or hear them, went about his business. At first this surprised the sirens since they never experienced this before and no one could resist their charm. Then surprise became disappointment, thinking they had lost their charm, and surprise turned into fear. They were afraid men would climb the cliff to ravish them, or that the relatives of their victims would have their revenge on them. In their fear and confusion, the flew away from the cave never to return.
The men of Langkawi never knew who had saved them. And the deaf and short sighted fisherman was unaware of his meritorious services to the people of Langkawi. 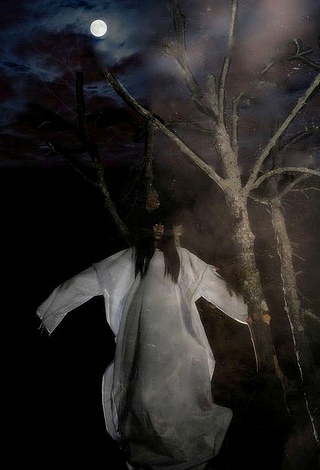 Langsuir - A female vampiric ghost in Malay folklore, who can
change into a cricket or grasshopper. She flew through the night and would be heard wailing from the trees in the forest or uninhabited island.  (Images credit to Google)

I don't know if the legend is true or not but dont forget to visit Gua Langsuir once you are in Langkawi. However, This cave is recommended only for serious cavers with mountain climbing experience as the ascent to the cave demands great climbing skill and absolute physical fitness. 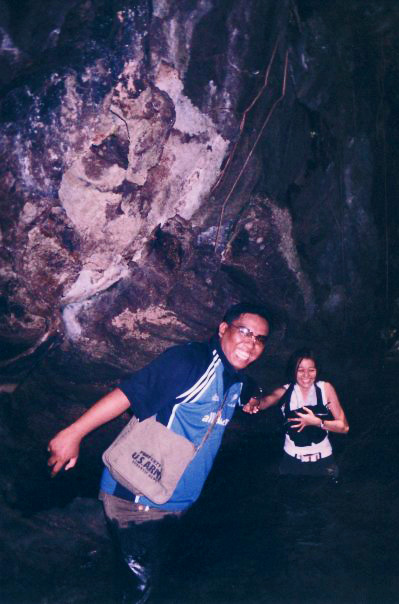 Crossing the Cave of Banshee requires walking & some wading. Some times of year the water is waist-deep !