There's Something In The Woods「となりのトトロ」について

It’s difficult to explain why I want to see a monster with heavy fur but My Neighbour Totoro movie just has that effect on me.  It is for this reason that I have decided to travel to Tokyo from Langkawi and visited Studio Ghibli in Mitaka. When I arrived to the Inokashira Park, I could not believe that these Studio in the woods were actually in the middle of a congested crazy suburb of the city! And I couldn’t believe I was actually in front of Totoro – seeing it, walking up and around it.  I was overwhelmed by its cuteness so much so that I even surprised myself. 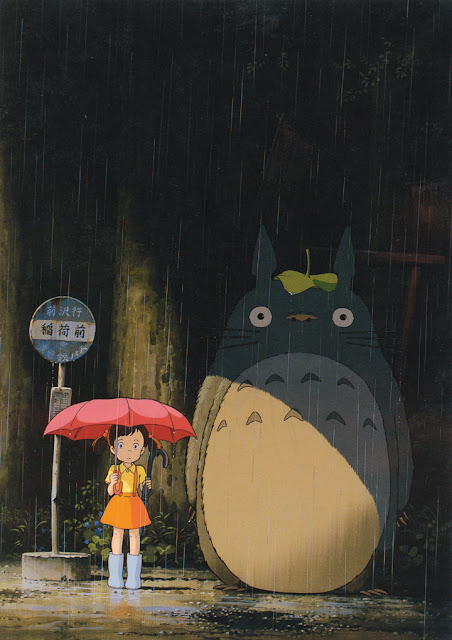 Totoro is a 1988 Japanese anime film written and directed by Hayao Miyazaki and produced by Studio Ghibli. The film follows the two young daughters of a professor and their interactions with friendly wood spirits in postwar rural Japan. The film won numerous prize and the Mainichi Film Award for Best Film in 1988. 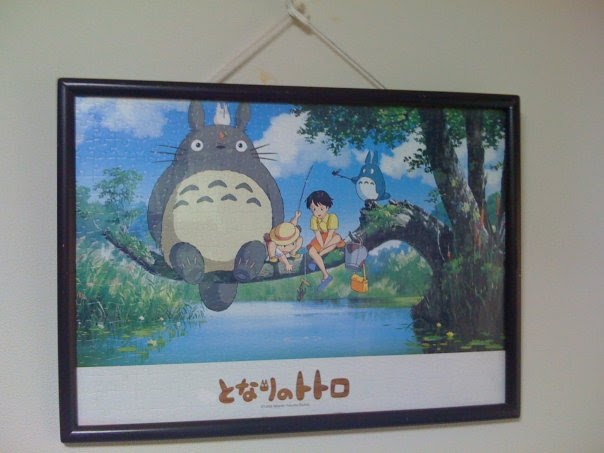 Totoro, Mei and Satsuki pix in my room in Kyoto, Japan. 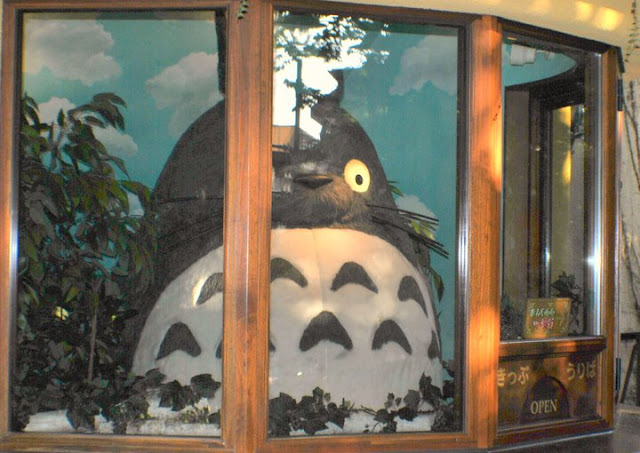 Totoro is a completely a crazy creation – a fat cat mouth with bristling weird whiskers, with rabbit ears, and despite his considerable fat body, he can perch on a branch like a wise old owl ! 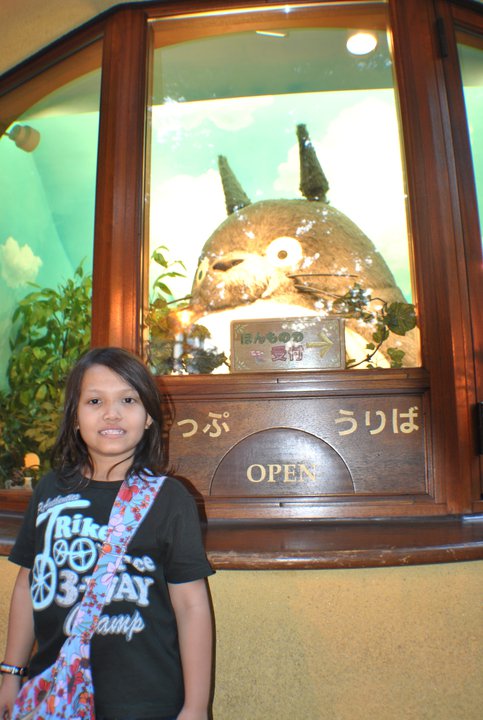 Totoro or Camphor tree monster.Erika meets and befriends a larger version of the same kind of spirit which identifies as "Totoro" . I later tells her that this is the "keeper of the forest". 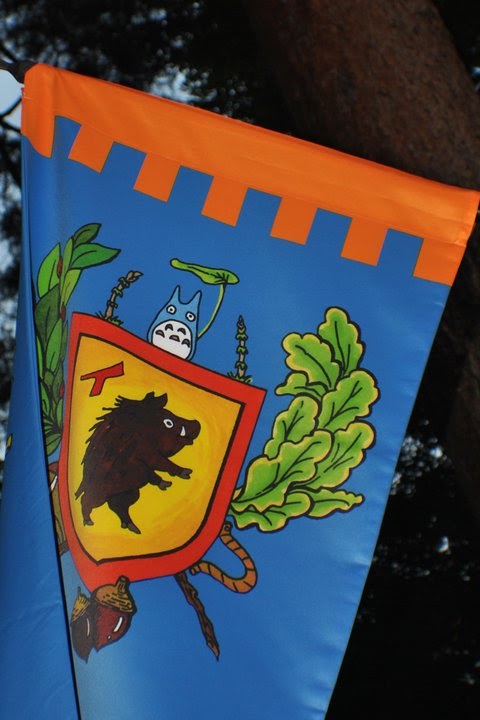 I still remember the Tonari no Totoro plot.Totoro takes his colleagues and the girls for a ride on a magical flying top. In the morning, the tree is gone, but the seeds have indeed sprouted !! 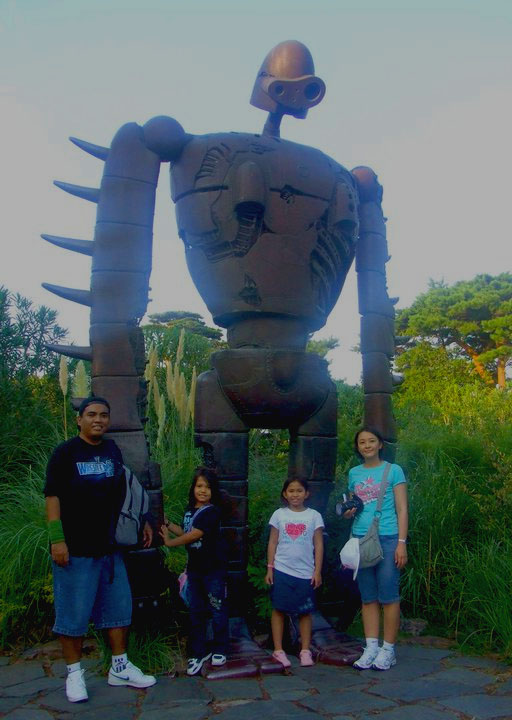 From the terrace off the Cat Bus Room, a spiral stairway leads to the roof, and there you will find a grassy rooftop garden. From this lofty post, a serene 5 meter tall Robot Soldier ( from “Laputa Castle in the Sky” ) looks down on Inokashira Park!